Sawada enzyme (vegetable fermented extract) is a vegetable fermentated food into which over 100 kinds of carefully selected raw materials such as Okinawa brown sugar, vegetables, fruits, wild plants, grains and seaweeds are fermented and matured by the power of "Kuratsuki-kobo", living yeast used in sake brewing.

It is a liquid made of the extract from raw materials, nutrients, amino acid, etc., oozing out as the fermentation progresses. We take about one year for fermentation and usually one to two years or more for maturation.

It is said that fermentated foods contain many useful substances produced by enzymes in the course of fermentation and consuming these substances contributes to health and beauty.

We make the Sawada enzyme into various forms of health foods and sell them as commisioned OEM.
The Sawada enzyme is high-quality fermentated food devised to protect the health of sake brewing workers engaging in hard work.
We undertake commissioned production with hereditary wisdom of fermentation handed down from our sake brewery based on customers' projects. We can also deliver it in the form of well-packaged that can be placed immediately at the front of a store. We can meet a great variety of customers' demands. 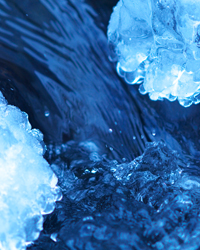 The beginning was started under the consideration of caring brewers’health.

The fourth family head and brewing scholar Teiji Sawada completed his original fermentated liquid using "Kuratsuki-kobo", yeast living in the sake brewery, for the health of sake brewing workers engaging in hard labor. It is said that the rumor "there is no sickness in the Sawada sake brewery" spread among neighboring villagers after the sake brewing workers began to drink the fermentated liquid.

Sawada Syuzo is a sake brewery established in 1830, with almost 200 years sake-brewing history, we are confident about the know-how of fermentation.And the high-quality and safety Sawada Enzyme (vegetable fermented extract) is the culmination made with Sawada Syuzo’s knowledge, experience and technique of fermentation.

Vegetable fermented extract made by "Kuratsuki-kobo"

When sake brewing, yeast would scatters and be stuck on pillars and walls. After long-term brewery history, the special yeast lives everywhere in brewery called "Kuratsuki-kobo". And Sawada Enzyme is also made by it.

The hereditary manufacturing process of Sawada enzyme, such as using fresh and uncut raw materials, using brown sugar made in Okinawa and spending long time on brewing and aging.
We are engaged in the tradition maintaining from the 4th head of Sawada Syuzo–Teiji Sawada, and progressing the know-how of brewing, keeping the affection towards brewing and fermentation Nowadays, the tradition and affection is also succeeded to the stuffs of Sawada Syuzo. We will supply our service and products with affection for your satisfaction.

The 4th head of Sawada Syuzo–Teiji Sawada. Made the vegetable fermented extract by the hereditary yeast, vegetables and fruits in order to improve the health of brewers whom working under serious circumstance. The vegetable fermented extract was only drunk by the brewers in the beginning. In 1965, Dr. Keiichi Morishita ,The chairman of International Naturopathic Medical Society, visited Sawada Brewery and gave instruction in manufacturing process. And according to Dr. Morishita’s request, the first OEM health food of Sawada enzyme were sold in Dr. Morishita’s clinic.

There is no gurantee to improve any specific disease’s condition by ingesting Sawada enzyme.

In 1830, the first family head, Sadashirou Sawada, started business at the west end of Nara Basin (known today as Giodo, Nara Prefecture), at the foot of Futakami mountain. This is said to be the beginning of Sawada syuzo.

In 1889, the third family head, Sadajyurou Sawada, started full-scale sake brewing business. He used high-quality rice harvested from his own land and subsoil water from Kongo Mountains, which is known as healthy miraculous water. His sake established itself as a high-class sake in Nara.

Sake-brewing in winter in a sake brewery...
It is the traditional preparation method making use of cold air and water in winter, and the harsh conditions can be imagined from the song of the sake brewing workers: "Grating in the early evening, moving it into the tank at midnight and pain of touching cold water in the wash place in the morning". The preparation is undertaken all night, and after the preparation, unrefined sake keeps fermenting in the barrels during day and night. The hard labor continued for a long time so it was difficult for sake brewing workers even to find the time to sleep.

Freezing cold air in winter, heavy labor for 24 hours and the mental strain of a long-term communal life made many brewing workers sick even though they were very strong. As they became more physically and mentally fatigued, they came to lose energy and sometimes there was fighting among sake brewing workers.

Brewing in the human power has been very harsh work

There was someone who was watching those sake brewing workers who were exhausted and losing energy. It was the fourth family head and brewing scholar Teiji Sawada.
He thought that three factors were essential to produce good sake.

Teiji placed the greatest importance on the third factor. To him, a "production environment to make good sake" meant not only natural circumstances like climate but also the atmosphere in a sake brewery, that was, sake brewing workers being healthy, full of energy and harmoniously engaging in sake brewing.
Sake is made from a living thing called yeast. When the conditions of the makers' mind and body are good, yeast feels it and helps produce good sake. Teiji knew this well from past experience.
Besides, the reason why he cared about workers' health may have to do with the fact that his two younger brothers were medical doctors.

"What is a good way to protect brewing workers' health?"

Teiji, a brewing scholar, wondered and focused attention on fermentated foods.
Fermented foods have various effects and functions including conditioning of the bowels and improvement of the immune system.
Then Teiji thought of producing a fermentated liquid from vegetables readily available to him.
Sake is a liquor made by fermenting rice with yeast, and high quality, so to speak, pedigree yeast "Kuratsuki-kobo" which had been used in brewing sake for many years, lived in the sake brewery.
Also, there was a specialist with deep knowledge, experience and great technique about fermentation called Toji (Chief Sake Brewer) in the sake brewery Sawada syuzo. That meant there was a miraculously rich environment for producing fermented food.

"Kuratsuki-kobo" which had been used in brewing sake for many years,lived in the sake brewery

In 1935, at last, a "fermentated liquid", the original model of "Sawada enzyme" was finally born by collecting Teiji's knowledge as a brewing scholar and consideration for sake brewing workers, and many years of accumulated experience and the high-level techniques of Toji.

After the creation of the fermentated liquid, initially, the sake brewing workers were uncertain about the strange liquid, but when they drank it, although with some doubt, it tasted mellow, like fruit, and, one after another, they declared it to be "delicious!". Teiji thought that it must be delicious, because sake brewing workers would drink it every day.

This is a tool to make the fermentation broth

In 1965, the fifth family head, Sadako Sawada, a vocalist played an active part as a professor at Takarazuka Music School.
At the same time, she also made efforts to further improve the quality of sake of the brewery together with Senmatsu Iguchi, Toji (Chief Sake Brewer) at that time. They succeeded in brewing and launched the new sake brand "Kankikou", our flagship product. This has now established a robust position as a high-class sake in Nara.

One day, Sadako had a fateful encounter with Dr. Keiichi Morishita of the International Natural Medicine Association.
It was when Dr. Morishita visited Sawada syuzo. He saw the fermentated liquid made by Teiji and strongly suggested producing and commercializing the "enzyme", utilizing the company's environment and know-how for creating this fermentated liquid.

At first Sadako refused, saying, "The former family head created this for sake brewing workers' health, and not for selling," but she was moved by Dr. Morishita's enthusiasm and decided to commercialize it to contribute to the world.

In 1968, the "Sawada enzyme (vegetable fermented extract)" was finally born after a lot of research under the supervision of Dr. Morishita.

Today, quality control and verification are conducted by a medical research team centered around medical doctors working from a medical viewpoint, and further research and development continues to the present.
Each of our employees today follows footsteps of Teiji Sawada, who created the "Sawada enzyme," taking into consideration the health of sake brewing workers, for the health of customers who consume our products.

Sawada syuzo can provide the Sawada enzyme in various forms according to customers' demand. Please feel free to ask about our OEM operation for people's heathy future in these health-conscious days.